Foreign Minister Michael Farr led a West Who delegation on a diplomatic visit to the Republic of Uzupio located in the capital city of Lithuania.  Former President John Farr and West Who astronaut Ron Hall accompanied the Foreign Minister on the first visit by West Who officials to the micronation of Uzupio.  The delegation was welcomed at the main border crossing into the nation.  The delegation members visited with an Uzupio official and toured the nation. 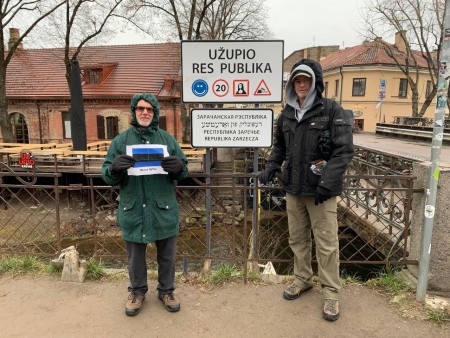