Micronation Series - Featuring flags of nations that the Republic of West Who has established friendly relations.
West Who Christmas Stamp
West Who Wildlife Series - Pictures of wildlife taken by West Who citizens. 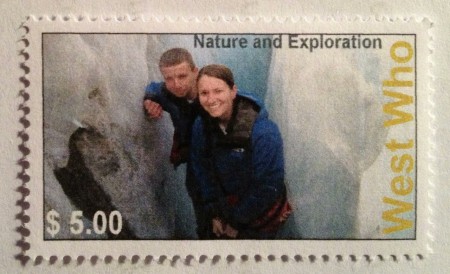