Foreign Minister Michael Farr toured a formerly secret US government site in Roswell, New Mexico today.  He was shown the preserved body of an alien who crash landed in 1947 in Roswell.  An unidentified flying object crashed on a ranch northwest of Roswell, New Mexico, sometime during the first week of July 1947.  Military authorities preserved the bodies of aliens recovered from the wreck. 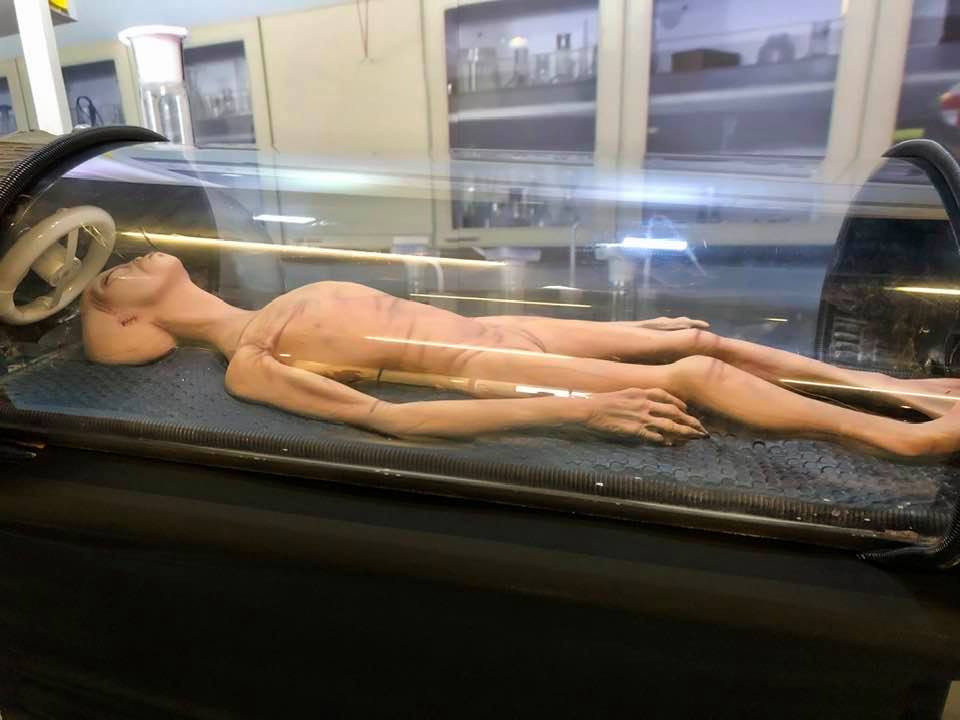