In late 1971, President Farr assumed complete control of the West Who government declaring that West Who was no longer a republic and was now an empire.  Keeping the title of president, Farr in fact became a benovelant dictator.  In reality little changed in West Who.  The population of the nation was so small that the Congress did not function as a counter weight to the President.  There were no sitting members of the Supreme Court to declare the power grab unconstitutional.  For several years, West Who was an empire though eventually President Farr dropped Empire from the official title of West Who. Many years later citizens voted in a referendum to change the nation's name back to the Republic of West Who. 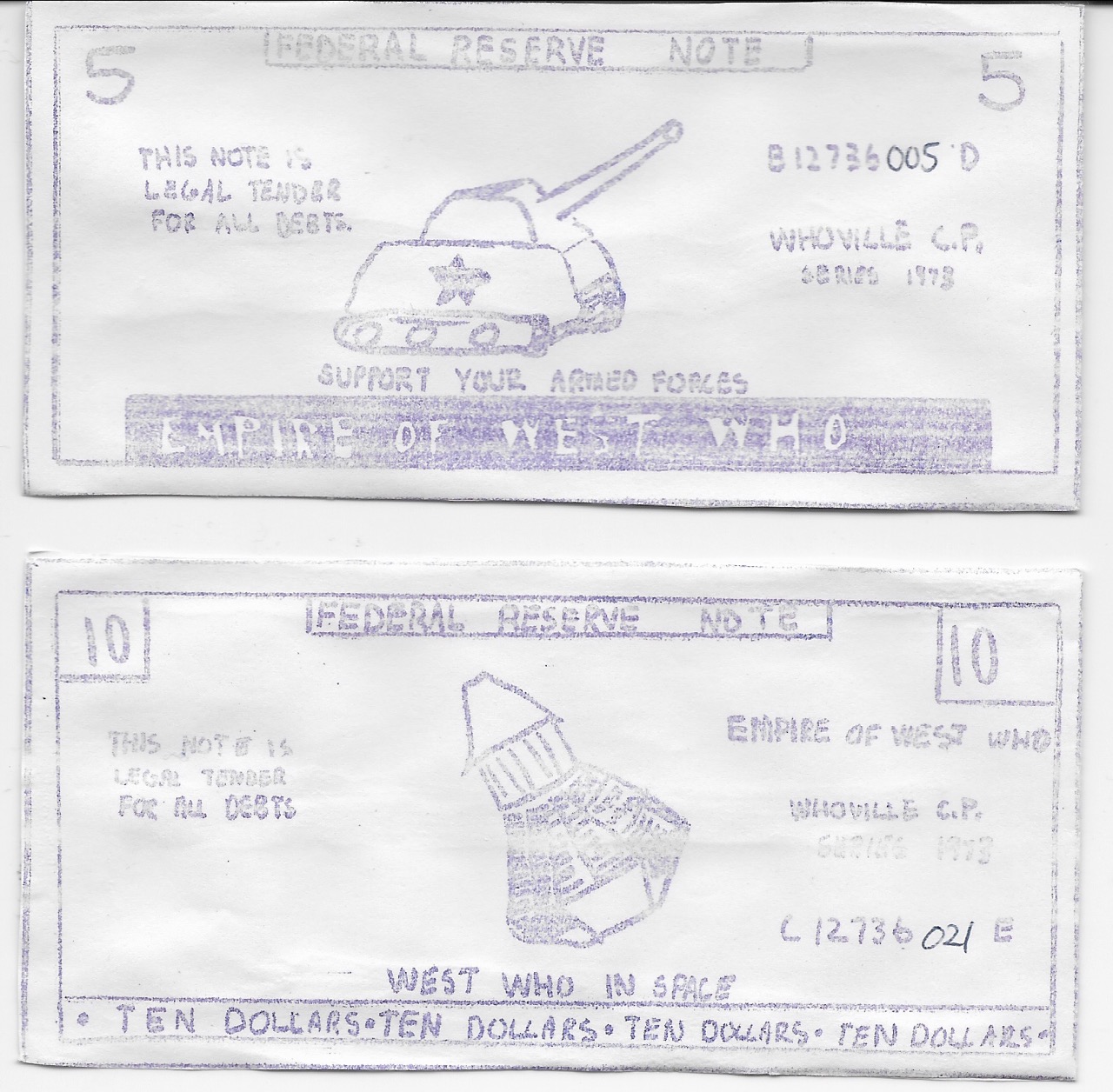 West Who currency from 1973