Ruritania and West Who Establish Relations

The Kingdom of Ruritania and West Who established diplomatic and cultural relations with the signing of a formal treaty. Queen Anastasia and Vice President Farr signed on behalf of each nation.  The Vice President had previously met the Queen at MicroCon 2015 in Anaheim, California, USA.  This was an international meeting of micronations similar to a G8 summit among larger countries. The Foreign Ministry reached out to the Kingdom of Ruritania to establish mutual relations. Foreign Minister Michael Farr said, "West Who has been gradually establishing diplomatic relations with well established micronations.  We are pleased to have signed a treaty of friendship and recognition with Ruritania."  This is the fifth nation West Who has established diplomatic ties. 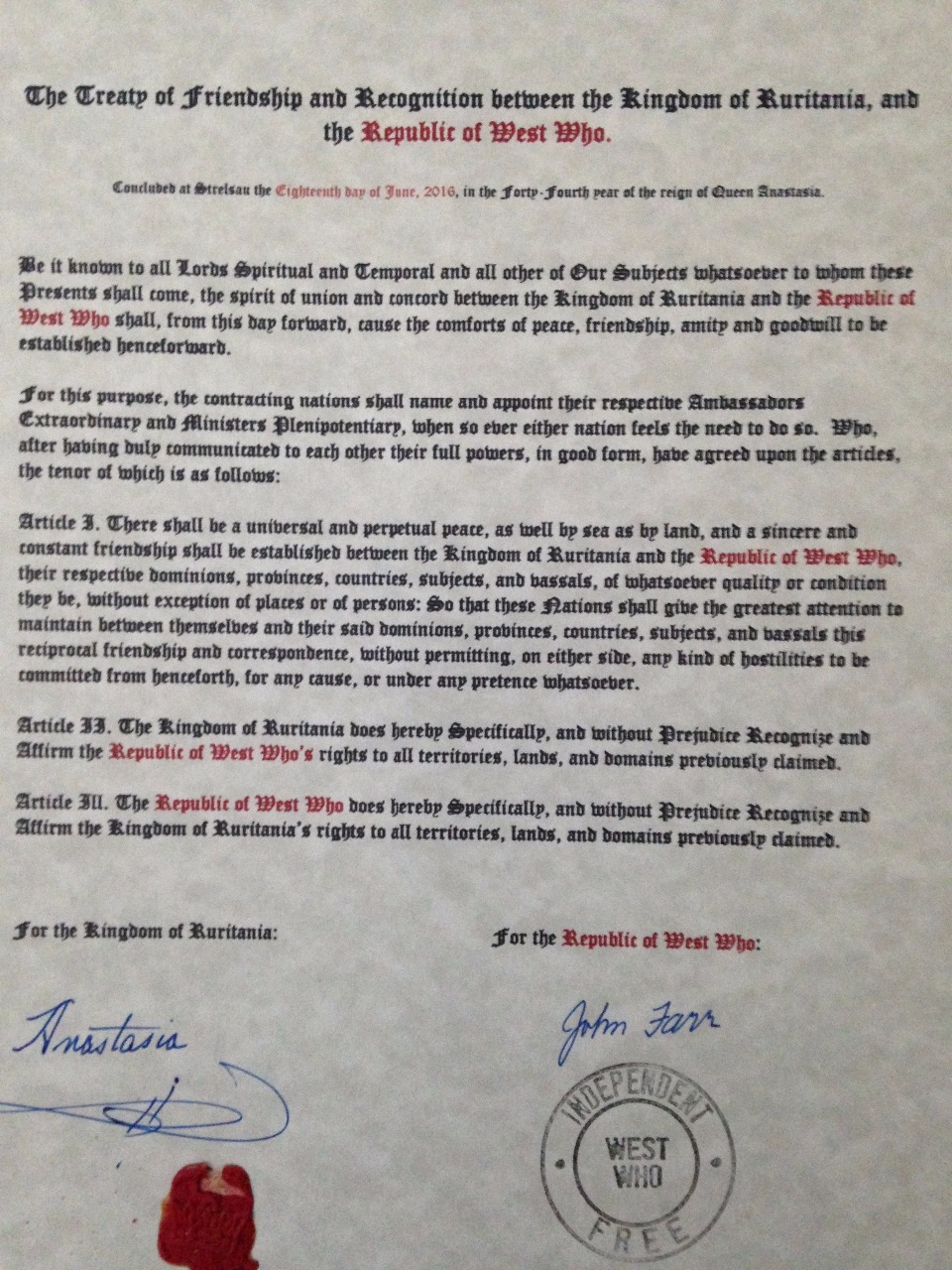