Homepage > The Week Magazine Covers West Who in Article

The Week Magazine Covers West Who in Article

Foreign Minister Michael Farr who was in attendance at MicroCon 2015 said, "The article is yet another example of the world press taking notice of West Who." Farr has kept a busy schedule this year visiting foreign nations on behalf of West Who.  The Foreign Ministry reported that Farr was recently in the Potawatomi Indian Nation in Milwaukee, Wisconsin. 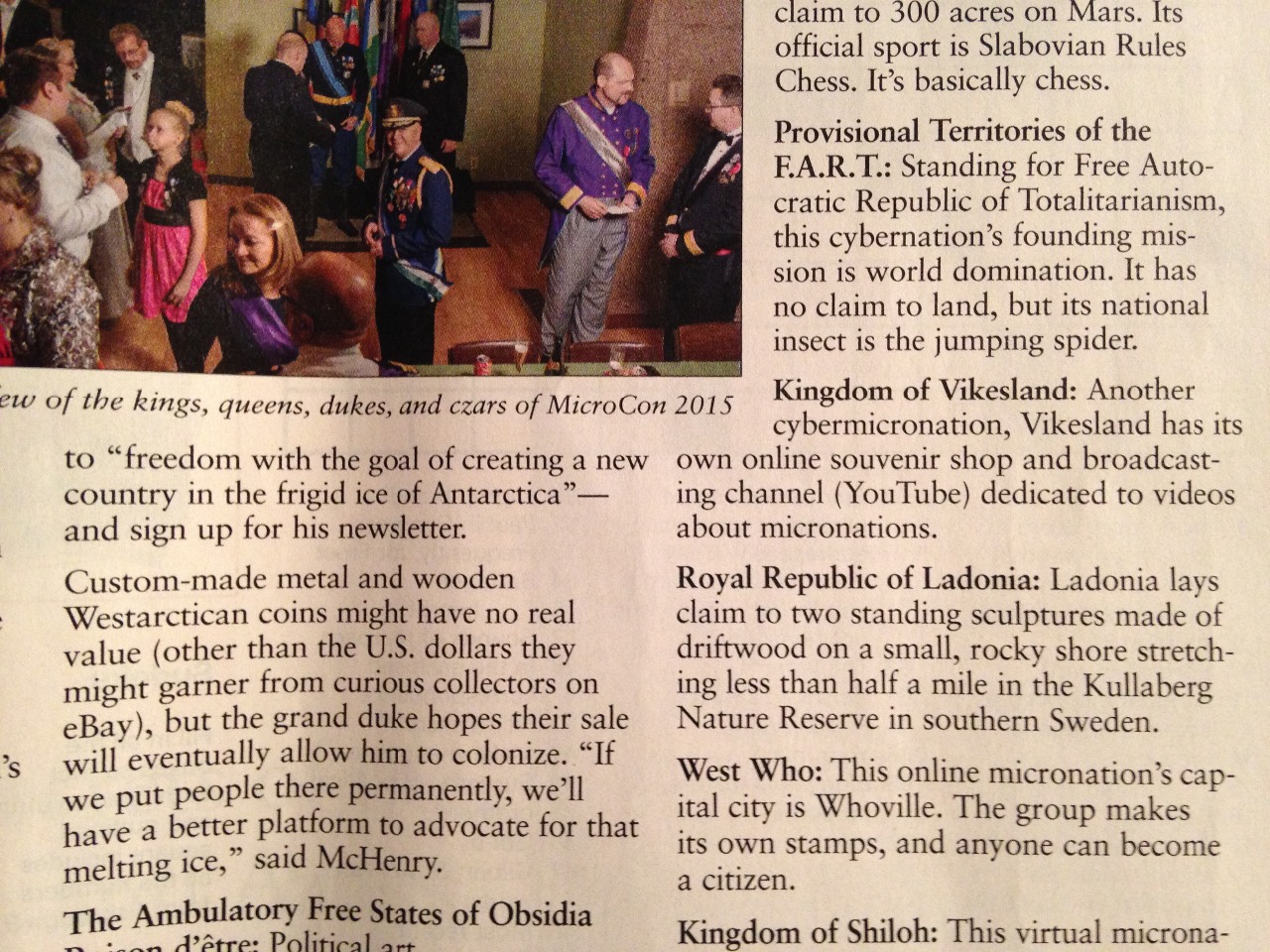