Vice President John Farr attended a presentation "NASA Lifts Off" in California, USA which featured astronaut Heidmarie Stefanyshyn-Piper, who spoke about the U.S. space program.  Stefanyshyn-Piper works with the NASA Armstrong Flight Research Center in promoting pre-college programs to interest students in working for NASA or the space industry.  Stefanyshyn-Piper spoke about her two flights on the space shuttles Endeavor and Atlantis to help build the International Space Station.  She spent a total of 24 hours working outside the space station performing various tasks.  "At one point, I was outside at the very end of the space station and the Earth was right in front of me.  I turned around and the space station was behind me.  It was all white and silver against the black of space," said Stefanyshyn-Piper.  She went on in her talk to say it was an incredible sight. 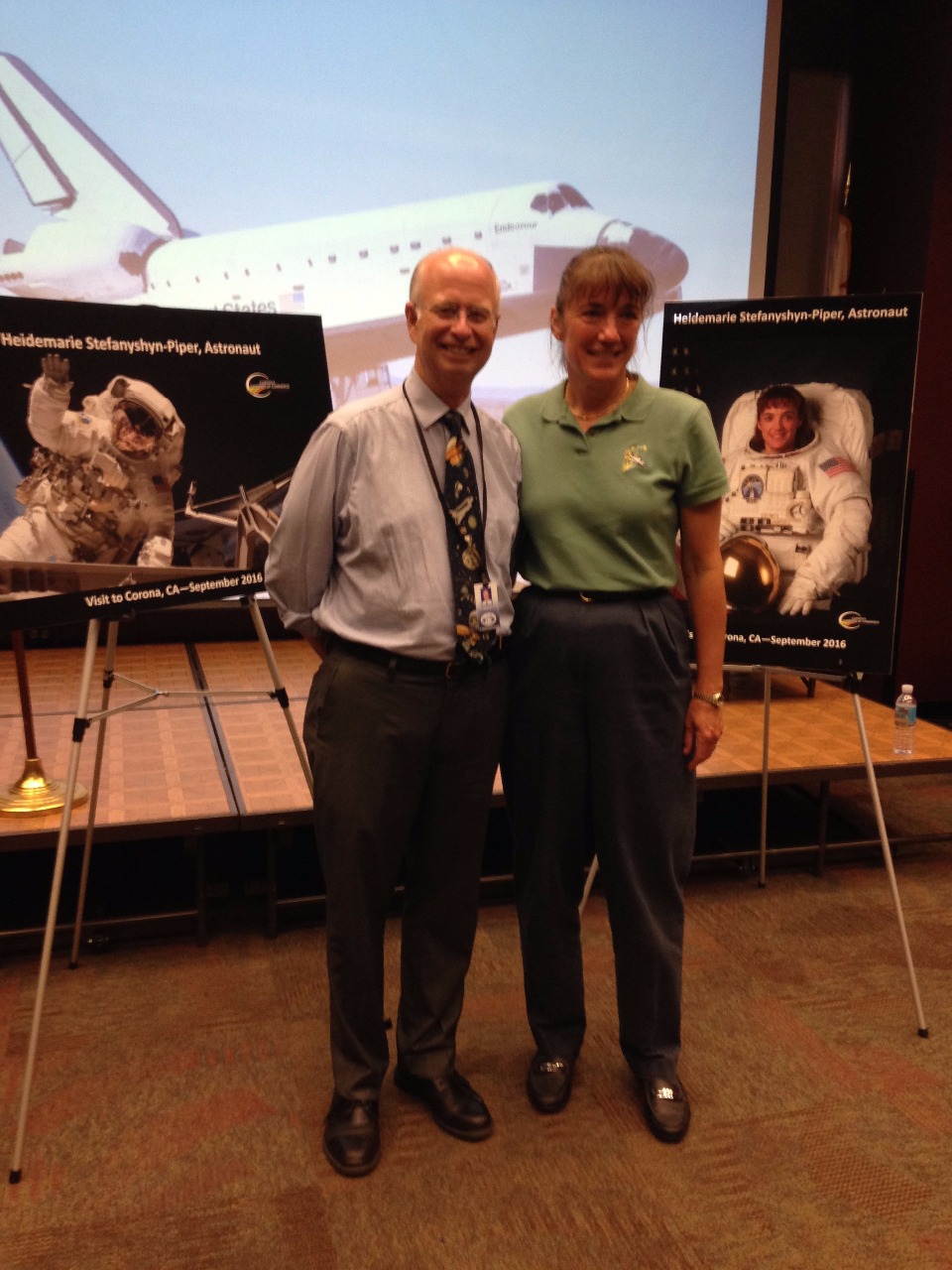 The Vice President and U.S. Astronaut in California