Homepage > West Who signs Treaty with Republic of USMLL

West Who signs Treaty with Republic of USMLL 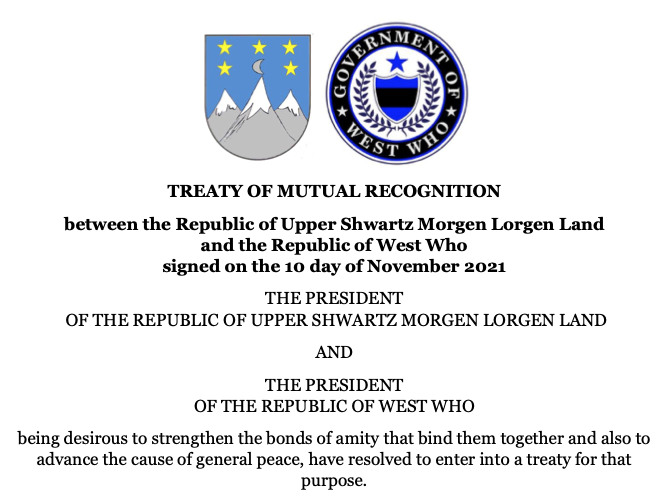 Since 1969 West Who has been an independent nation, with citizens living in over 40 nations around the world.