President Farr Re-Elected in a Landslide 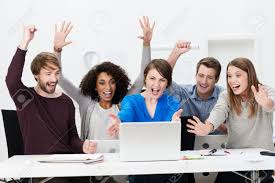 WWN- Whoville - West Who voters have overwhelming re-elected President William Farr to a third term in office as leader of the nation.  The Election Department reports that 72% of registered citizens had cast their vote for Farr.  "I believe the citizens of West Who are very satisfied with the job I have been doing for the nation", said Farr after learning of the results.  Charlie Mora was elected for the first time as mayor of Whoville, the capital city.  Also re-elected was John Farr as Vice President and Kathy Bowman, Malik Hammad, Ron Hall as senators.  Senior West Who government leaders serve one year terms in office.  This is Farr's third time to win the national elections.